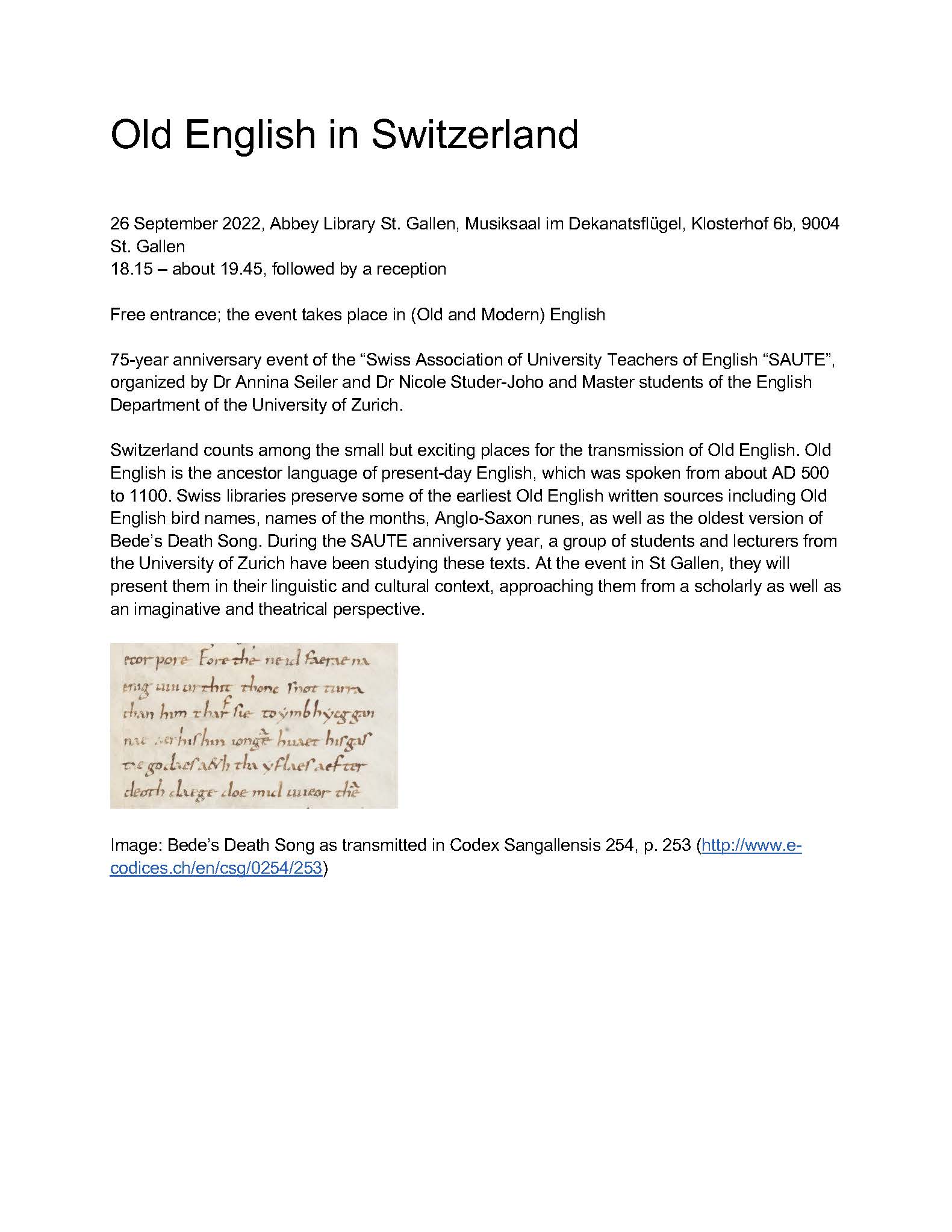 75-year anniversary event of the “Swiss Association of University Teachers of English “SAUTE”, organized by Dr Annina Seiler and Dr Nicole Studer-Joho and Master students of the English Department of the University of Zurich.

Switzerland counts among the small but exciting places for the transmission of Old English. Old English is the ancestor language of present-day English, which was spoken from about AD 500 to 1100. Swiss libraries preserve some of the earliest Old English written sources including Old English bird names, names of the months, Anglo-Saxon runes, as well as the oldest version of Bede’s Death Song. During the SAUTE anniversary year, a group of students and lecturers from the University of Zurich have been studying these texts. At the event in St Gallen, they will present them in their linguistic and cultural context, approaching them from a scholarly as well as an imaginative and theatrical perspective.