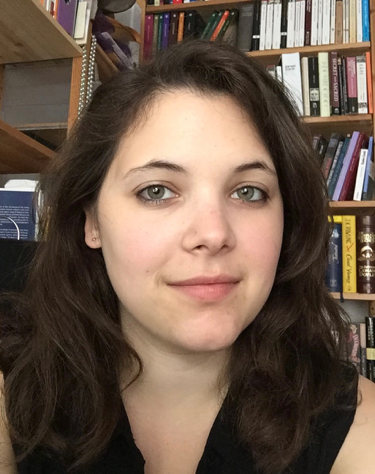 Rebekka Nordmann holds both a BA (2015) and MA (2017) in English Literature and Linguistics and History from the University of Zurich. Her MA thesis entitled “Transgressing Frontiers in Nineteenth-Century American Literature – Nature, Civil War, and Women’s Rights” focused on reading the frontier not only as the westward movement of a nation but also as a social movement key to the tumultuous 19th-century America. She is currently working on her PhD under the supervision of Prof. Dr. Elisabeth Bronfen, looking at the work of Fitz-James O’Brien in 1850s New York.

Despite being acclaimed as one of the fathers of American science fiction, Fitz-James O’Brien has mostly been forgotten. Only a select few of his texts have remained present in anthologies as examples of early American science fiction. However, O’Brien’s work is much more extensive than that. As an Irish immigrant in the 1850s New York City, O’Brien was part of the illustrious circle of authors and poets around Walt Witman, the Literary Bohemians. Writing to finance his life and lifestyle, O’Brien published numerous short stories, poetry and pieces of literary journalism in highly popular New York Magazines, including Harper’s Weekly. In doing so, O’Brien played a big role in the development of literary genre of the mid 19th century. On the one hand, his numerous, well-written and multi-layered texts helped shape the genre of the modern American short story, being deeply critical of society. On the other hand, his short stories contributed to the development of the genre of science fiction, by taking the romantic and gothic currents in America and, influenced by his European background but staying firmly rooted in his familiar New York, creating something new. The aim of this thesis is to position O’Brien and his work in the literary scene of mid-19th century New York City in regards to his influence on the different genres and highlight his influence as an Irishman on the American-ness of his product.