International Conference at the University of Zurich, 25-27 November 2016

Questions of space and place have always been at the heart of phenomenological enquiry. Phenomenology played an important role in the first half of the twentieth century when philosophers like Martin Heidegger, Maurice Merleau-Ponty and Henri Bergson privileged the embodied self of perception and lived experience over the rational self of Western philosophy. Heidegger’s focus on dwelling and being-in-the-world and Merleau-Ponty’s interest in the attainment of subjectivity through embodied spatiality prepared the ground for works of literary and cultural analysis like Gaston Bachelard’s study of intimate spaces in The Poetics of Space.

Phenomenology fell out of grace with the advent of cultural semiotics, post-structuralism and postmodern theory, which critiqued phenomenology for its perceived privileging of a unified subjectivity and for its apparent bracketing of the social and ideological dimensions of space (as theorized by critics like Yuri Lotman, Henri Lefebvre, Michel Foucault, Edward Soja and Fredric Jameson). But phenomenology soon returned with a difference: already in the eighties, groundbreaking works like Michel de Certeau’s The Practice of Everyday Life and Paul Carter’s The Road to Botany Bay foregrounded the spatial practices of individuals precisely as a way of challenging and complicating the hierarchically produced and power-laden spaces of modernity.

More recently, phenomenological perspectives have had a remarkable revival in a number of disciplines and theoretical movements interested in the spaces of the material world. Many of these studies signal their revisionist agenda explicitly by advocating, in the words of Timothy Clark, “a kind of post-phenomenology that is sensitive to the opacity and otherness of things and that does not excessively posit nature as continuous, homogeneous, predictable and assimilable.” In the area of spatial theory, this includes archaeology (notably Christopher Tilley’s work on the materiality of stone), geography (e.g. John Wylie’s work on the absences and distances of landscape experience), anthropology (e.g. Tim Ingold’s work on dwelling, walking, knots and lines) and ecocriticism (e.g. Timothy Morton’s critique of the concept of nature).

In the spirit of this interdisciplinary revival of phenomenological perspectives, we invite contributions from scholars working in a range of disciplines who wish to rethink the role of phenomenology for our understanding of the tensions between individual experience and the material, cultural and social spaces we live in and interact with. While the conference has a strong focus on literary and cultural production, we wish to foster a dialogue between academics interested in the spaces of literature and other art forms, and scholars from disciplines that have a direct interest in the sensory, embodied and material dimensions of space.

The book of abstracts (including a detailed programme) and flyer for the conference and the special panel "City Art and the Politics of Space" can be downloaded here: 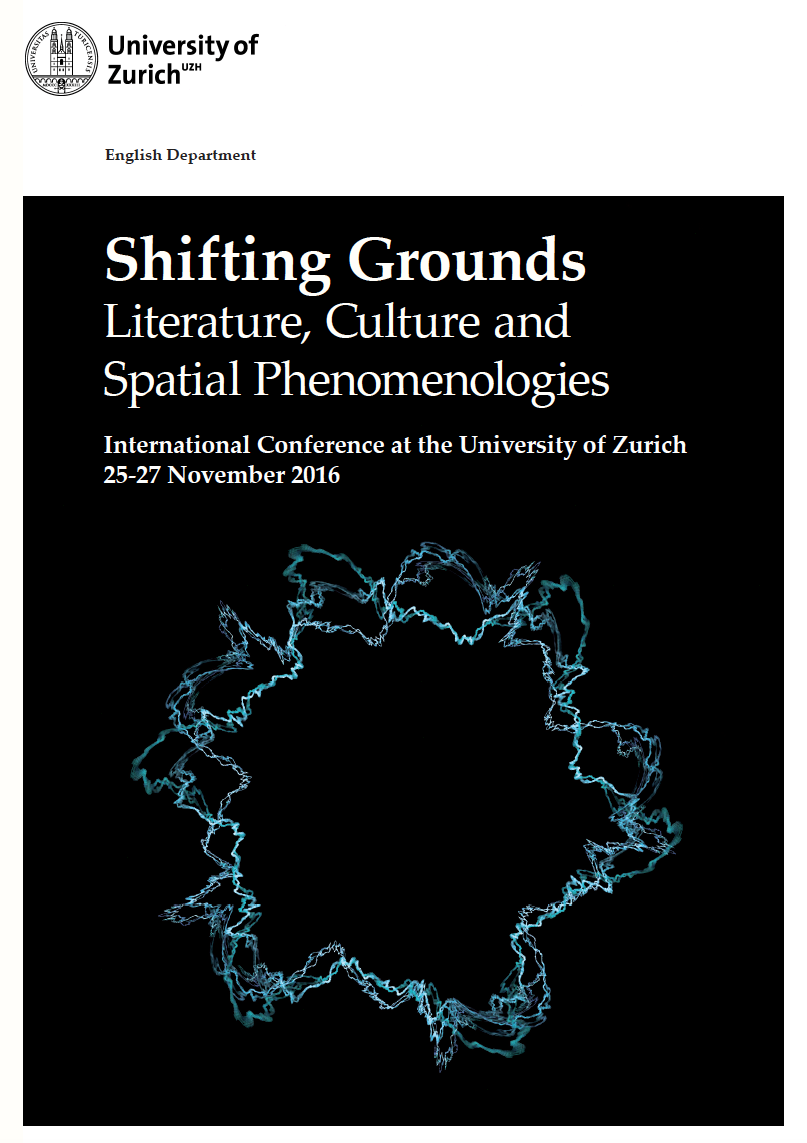