The organizers gratefully acknowledge the support by: 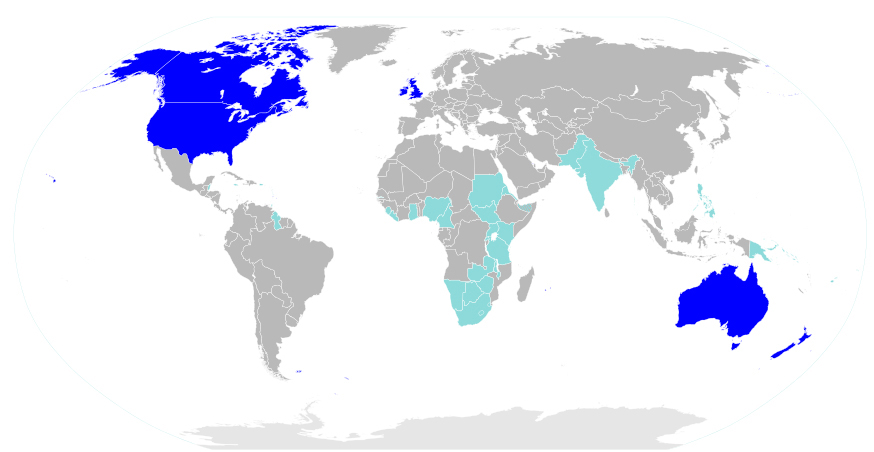 The controversial term Anglosphere encompasses a set of English-speaking nations with supposedly shared cultural roots: the UK, Canada, Australia, New Zealand, the USA, and – perhaps more precariously – Ireland. These ‘core Anglo nations’ maintain close political and military cooperation and, according to some, have dominated international politics for the past 200 years, if not longer.

In this interdisciplinary lecture series, political scientists, historians, linguists, educationalists, literary scholars, and musicologists will present case studies from their fields of research that engage with the English-speaking world and which – directly or indirectly – assess the potential as well as the pitfalls of the Anglosphere as an interpretive category. Overall, the lecture series seeks to interrogate not only the concept’s temporal and spatial coordinates, but also the arguably “racialized identity” (Srdjan Vučetić) and, more broadly, the ideological assumptions that underpin it. In doing so, we hope to convey a better sense of the cultural and historical complexity of the Anglophone world: its unifying features, key tensions, and major divisions; its global reach as well as its local characteristics; and the extent to which – depending on one’s disciplinary perspective – the concept of the Anglosphere needs to be revised, or even disbanded.

The organizers gratefully acknowledge the support by the UZH English Department, the British Council Switzerland, and the Dr. Wilhelm Jerg-Legat.